Gold and Silver Still A Safe Haven But Poised For A Fall?

It’s been difficult to see a trend of late for gold and silver, despite the last few days of strength with the recent downgrade of Portugal debt and continued issues with Greece. We’ve seen gold and silver move up and down since its highs earlier this year, but the short term trend is still down with gold falling about 1% and silver 1.5% the last month. Today’s prices have gold at $1,532.10 and silver trading at $36.56. This fall in price is normal activity that goes back 40 years whereby gold and silver have, in a sense, taken the summer off.

But I have noticed another trend the last week or so and that is the euphoria coming from the likes of CNBC reporters and the media in general (now that they have to start reporting news again instead of the daily court hearings of the Casey Anthony trial). With the stock market moving up strongly, along with the most recent job data improving, the end of QE2 by the Fed, Congress actually trying to come up with a revenue/cut debt solution (believe me, they will), an overall stronger dollar of late (bouncing off its most recent bottom) and finally $28 billion of 4 week treasury bills yielding zero percent, it might seem to some that all is well in the world.

Here is what Obama had to say this week about raising the debt ceiling;

Asked about whether he would issue an executive order on the debt ceiling, the president said “historically the United States, whenever it has a deficit, it finances that deficit through the sale of treasuries. This is a very common practice over our lifetimes, typically the government is always running a modest deficit. Congress is supposed to vote on the amount of debt that Treasury can essentially issue.” But now, the crisis has forced a once mundane task into the spotlight.

“If we do not (vote to raise debt ceiling), the Treasury will run out of money. It will not be able to pay the bills,” potentially causing world markets to react negatively.

This “could create whole new spiral into second recession or worse. So this is something we shouldn’t be toying with,” he said.

I said that Congress would raise the debt ceiling back on June 13th, and I still believe this to be the case today. It’s what they do best. There’s no looking back at this point. Even despite this increase, which I believe already priced in the markets as we’re sitting at almost $14.5 trillion as we speak, the dollar should continue to rise because of all the Eurozone problems. Things won’t end pretty in  Europe, and the U.S. dollar can act as the safe haven as we have seen with U.S. Treasuries paying nothing yet still being sought after.

Consumers Are Still the Key As To Short Term Euphoria

Despite consumer confidence slipping in June and consumer spending flat lining, their spending still makes up approximately 70% of GDP albeit government spending has taken on a bigger role the last couple of years. The fact of the matter is though, consumers are still out there spending. Retail sales were up in June and personally when I head out and see what’s happening with my own eyes, I see nothing but smiling faces eating, drinking and shopping. But here in San Diego, many of those enjoying themselves are foreigners. What’s it like where you are?

As long as people have an income to spend, they spend it. This seems to be human nature. Maybe it’s because of the subliminal messages we receive from all the advertisements we see on television. They pay those who create the ads big money to get us to buy things. The bottom line is, consumers are not saving for their future. They think they have job security and in a sense are invincible when it comes to any future issues our economy may develop. They have a lifestyle to enjoy and that they do. They also make sure their kids had it better than them.

Since nothing happened during the last financial crisis, they think they’re safe. Of course those in the real estate and loan industry thought they were safe before the last crisis. Many people left their secure jobs to go work in this industry and are regretting it today. Almost 10% of Americans today still are unemployed (actually more as astute readers who know how unemployment is calculated understand). 90% of the consumers who are still spending, the majority of them, can’t see what’s headed their way. I guess they aren’t alone because Congress can’t either. If they could, they wouldn’t have let the 2008 financial crisis occur right?

So mass psychology has much to do with how things will be over the short-term. With the debt situation resolved to the liking of both parties by August 2nd, the consumer’s confidence will increase.

While all of these temporary good things occurring in the economy, people may think that quantitative easing actually works. This fooling of the masses can thus put pressure on gold and silver prices. It may not be a repeat of 2008, but there are only a few people out there talking about any downturn in prices. As for me, I don’t care as much about price as I do about philosophy and an understanding of where our economy is headed. I want the best price for my clients, but I also think that to obtain that best price, dollar cost averaging into a position is the best way to achieve it. That, and an understanding of the short and medium term trends.

The wheels on the economic bus will begin to lose air. Will it hold true for the end of the summer as the 40 year pattern suggests, or will it move into the fall before things implode?

Whatever Congress tells us in coming to agreements on the debt ceiling will be torpedoed by some bank that can’t find a counterparty to their sub-investment grade derivatives, or some other crisis that always seems to come out of nowhere to derail any positive Congressional activity. The simple fact remains, that unless Congress actually cuts entire departments, nothing will improve for the economy. Unless Congress is constrained by Constitutional amendment, they will continue to spend wildly and of course, the icing on the cake, Congress will still hand out favors to their lobbyist friends and millions will still be wasted on wars, projects that accomplish nothing and Obama’s flights to see the world with his family.

We are approaching an election year. Obama will pull out all stops to try and win come November 2011. This means he has to have the stock market performing at a good level. With the new powers given by Congress to the Fed last year (both political parties), who knows what is occurring behind the scenes. The Fed can’t be audited as part of the bill, except for a one time audit that will reveal nothing. 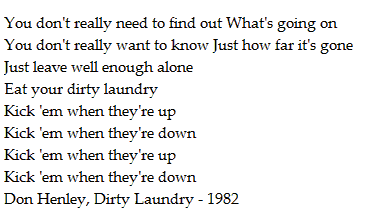 There is no doubt in my mind that the time for much higher gold and silver prices will come. I just don’t think it will occur right now because the mass psychology just isn’t there yet. The average person has no clue as to what’s really going on in the economy. They go about their business day to day and don’t worry about tomorrow. They should. In my recent article Dollar Cost Average Into Physical Gold And Silver On Pullbacks, I list the unsustainable issues that will play havoc on the economy moving forward. Congress doesn’t have any solutions for these. Neither does the Fed except to do what they do best; print money. And print money they will.

If you haven’t invested in gold or silver yet, there may be unknown reasons to you as to why. Dollar cost averaging into a position during this downturn will allow you the freedom in the future to be in control of your investments rather than a victim of the system.